Most people are probably not even aware that there are distinctive types of web hosting foundations, let alone know the names and the differences. But if you do come across the names, you should have a brief idea of what they are about. Plus, if you ever need specialized services, or someone tries to sell you something you don’t need, you will know how to answer thanks to this web hosting advice. 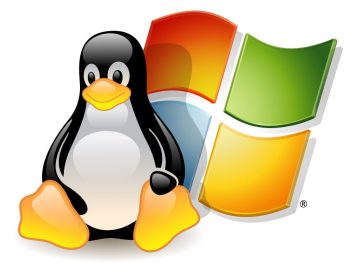 The basic difference between Linux-based hosting and Windows-based Hosting is that Windows is proprietary. In a way, that should be obvious because everyone knows that Windows is owned by Microsoft. Typically Windows-based hosting caters to a specific environment. Companies who use ASP, for example, host on Windows. Usually the database is built with Microsoft Access, and is used in conjunction with Microsoft SQL Server. You will regularly see very large corporations whose website pages end in the extension.

Because Windows-based hosting is built upon an expanded operating system, it is easier for many people to use. They are already accustomed to the traits and features of Windows, so it gives them a sense of familiarity and ease. Plus, the database can built right on their hard drives and then uploaded to the server. For companies who already have their information stored in Access, this is a huge advantage and cost savings in labor.

But, Windows hosting for the general public tends to be more expensive, as licenses are required, and in some instances, specialty hardware. This is another reason why it has been more predominant among large companies than for average users.

As far as what programs or languages can be used or installed on Windows, HTML, ASP, ASP.net, Visual Basic Scripts, and MS Index Server work perfectly fine. PHP, Perl and Java, however, are less stable. Sometimes they work efficiently and sometimes, you will encounter problems. Most issues stem from the fact that these three languages were created specifically for a Linux environment.

Linux-based hosting, on the other hand, is very cheap to run, as it is an open-source environment. It is also extremely fast and very stable or reliable. Because of the speed at which scripts are processed, there is less chance of the server crashing. It is for these reasons that Linux has been the predominant hosting solution on the internet.

Many developers also feel that the Linux system is more secure because it is open-source. The free nature of the system lets millions of people see the source code and as a result, potential threats are found much faster. There are limitations to how many people will buy proprietary systems just to test them.

One of the misconceptions is that Linux and Unix are exactly the same and the names can be used interchangeably. This could not be further from the truth. Unix is another proprietary environment which makes it quite expensive. Further, Linux was built upon the basics of Unix but digressed to become its own distinct system.

And that brings us to another point about Linux-based hosting. Its hardware configurations tend to be less restrictive than other hosting systems. It can use almost any type of configuration. Lastly, nowadays, most operating systems are built or created with Linux at the forefront. Features are made to work on Linux, and any shortcomings of the systems are modified or tweaked to blend with Linux traits.

We use cookies to ensure that we give you the best experience on our website. If you continue to use this site we will assume that you are happy with it.Ok