Hypertext markup language is the code that is used to make websites. It is one of the most important computer languages ever written. The development of HTML is what made the world wide web possible. Few developments have had a bigger impact on the world than the growth of the web. It has completely changed the way that we communicate. This is really quite a remarkable achievement for what is in fact a very simple computer language that was written to solve a very specific problem. 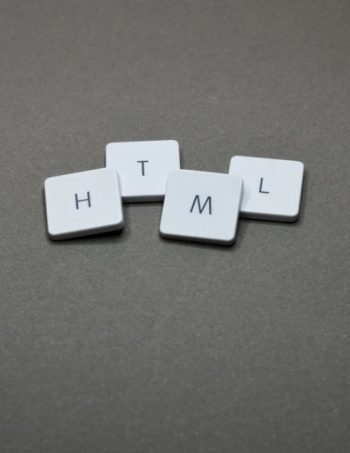 It is probably fair to say that HTML is the most important thing that has ever happened in the history of the internet. Hyper text markup language is the code that allows websites to be interconnected and it is what made the internet what it is today. The internet was around long before the world wide web came into being, it was a way of allowing computers to talk to each other. However because you needed to know that address to access each individual site there was no interconnection and you had to know exactly what you were looking for and where to find it. This seriously limited the usefulness of the internet.

In the early eighties researchers at the CERN lab were dealing with this problem since they had lots of data that they needed to share. Most of this was done over the internet but because nothing was connected together it was very difficult to find what they were looking for. They created an early version of HTML that allowed all the pages of data to be connected together. This early version was of very limited value since it was difficult add new pages. It was with a later version that they final got this all figured out. This version released in 1990 was the first to use the name HTML.

The early versions of HTML contained only a very small number of tags and was really only useful for text documents. Nevertheless it was enough to get the world wide web up and running. Soon there were web browsers being created to make it easy to view documents that were in HTML. The web soon grew in popularity and it became obvious that improvements were going to have to be made in order to meet modern web design needs.

Over time HTML has gone through a number of different versions allowing for more and more complex coding. This is what has allowed the development of modern websites. The number of tags has been increased dramatically. Nevertheless one of the things that has remained true of HTML is the ease of use. It is a very simple language to learn and that has played a large role in its popularity. This is a big part of the reason that HTML has remained the language that is used for coding almost all websites.

We use cookies to ensure that we give you the best experience on our website. If you continue to use this site we will assume that you are happy with it.Ok