With so many different choices out there when it comes to web hosting, it can be a tough decision to choose between them. One of these tough decisions comes when people are unsure of the differences between a VPS and a dedicated server. These two types of webhosting are very similar, and confusion is inevitable. Today, we will focus on these two services, and decide the major differences. Take the time to decide which best fits your needs. 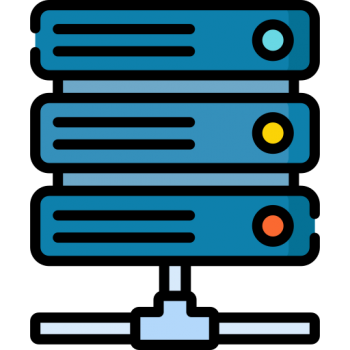 The cheaper of the two is the Virtual Private Server, also known as a VPS. For those that have not yet been informed, a VPS is a shared server that has many of the same functions as dedicated hosting. Unlike regular shared hosting, VPS allows the user to have a separate operating system, as well as root access. VPS customers also are given certain performance guarantees that are normally associated with dedicated hosting. Although there are multiple users on the same server, each user has their own personal settings. To paint a clear picture, here is an example. The VPS is like an apartment complex. Everyone has their own living space, front door and lock. They are partitioned apart, although the whole of the building is together. Many common spots are shared, but each section has its own space. This is how VPS functions.

Dedicated hosting on the other hand holds the top spot for web hosting. With dedicated hosting, you are renting out your own server personally. Renting the server enables you to use it total control, as you are the only customer that is using it. This personal server allows for much more memory intensive scripts to be run smoothly. For large websites with large volumes of traffic, a dedicated server is the perfect solution. Unlike a VPS, you have no worries that the other users on your server might be taking up too much bandwidth. Never again will your load time and uptime suffer at the whim of others. Functionality is much like a VPS, with root access, the ability to run your own operating system, separate firewall, and many other similarities.

So how do the two powerhouses stack up against each other? Price wise, the dedicated server is more expensive. It also has more bandwidth capacity, a faster CPU, and more freedom when choosing a script. The VPS has many of the same features, but lacks the ability to run more advanced scripts. Although the server is separated equally between users, at some point you will be limited as not to disrupt the other users’ websites. This can be ignored for a time, because many websites don’t need the full power of a dedicated server all the time.

When it comes down to the choice between them, the main thing to keep in mind is your needs. Price should never be the main deciding factor. If your traffic pattern is constant and of a high volume, then you may be in need a dedicated server. However, if you have erratic traffic that is not yet overwhelming, VPS can offer all the security and functionality of a dedicated server, within reason, for a fraction of the price. The decision should be easy with all the facts presented.